The Back Stance (dwi kubi seogi) is performed with the leading foot pointed directly forward, the rear foot perpendicular at a 90 degree angle from the front foot. (This is why it it sometimes called an L Stance, your two feet are placed like the letter L. See also, Left Stance and Right Stance.) 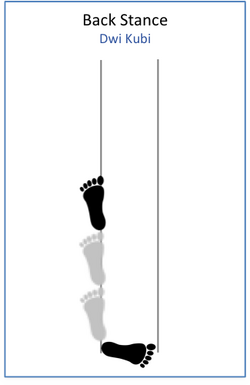 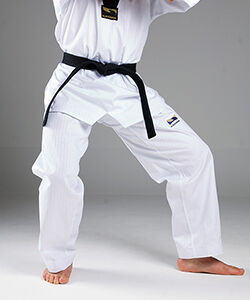 Naming the Back Stance[edit | edit source]

This can be confusing for some students, since for most other stances the "right" version of the stance means that the right foot is forward. For example in a right front stance the right foot would be forward.