The term Backfist Strike can refer to any strike made with the backfist. Often, however, the term is used to refer specifically to a High Backfist Strike (also called deungjumeok apchigi), which is performed as follows:

So for example, if you were performing a backfist strike with the right fist, the right fist would be brought forward in an arc to strike the opponent's face. The left hand would be snapped back to the side of the waist. 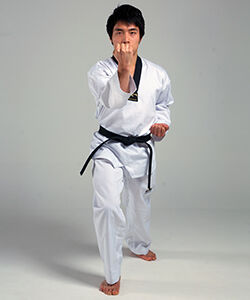 If the supporting hand is also pulling the opponent toward you, this is called a Pulling Backfist Strike.