The Chil Sung forms of Traditional Taekwondo (and especially Tang Soo Do) were introduced by taekwondo pioneer Hwang Kee in 1952. The phrase Chil Sung means "Seven Star" and and refers to the seven stars of Ursa Major (the Big Dipper constellation). According to one story, Hwang's father had a dream in which he saw the bright star (Sam Tae Song) before his son's birth. He named his son "Tae Nam" which means "star boy", and Hwang used this as the basis for naming his forms.

Other sources claim that the concept of Chil Sung was already richly engrained in Korean culture. Chil Sung is claimed to be a composite of Taegeuk (Um and Yang - the unity of opposites) plus the Oh Haeng (the five elements: Earth, Water, Fire, Wood & Metal). At one time the combination of these seven components would've represented all things in nature and thus been the basis for understanding the world.

The seven Chil Sung forms are: 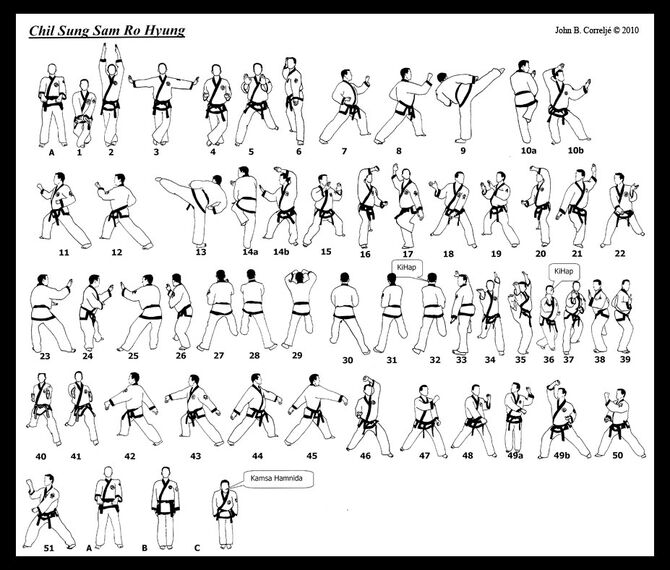 Retrieved from "https://taekwondo.fandom.com/wiki/Chil_Sung_Sam_Ro?oldid=12942"
Community content is available under CC-BY-SA unless otherwise noted.