한수 (hansu) symbolizes water. Like water, which is the source of life, the strength of taekwondo stems not from stubbornness and the refusal to yield but rather from fluidity and adaptability. This form epitomizes these qualities. Therefore, its forcefulness must originate from its fluidity. 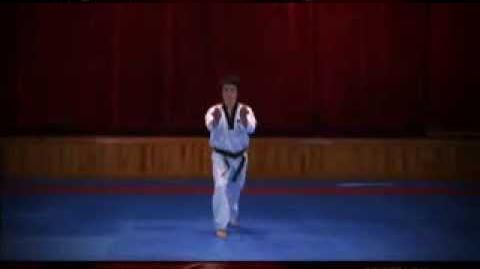 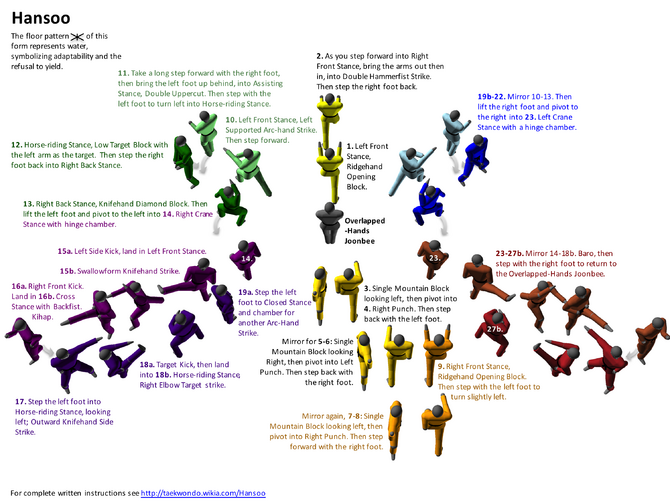