일여 (ilyeo) refers to the Buddhist concept of oneness of the mind and body, the immaterial and material. The form therefore represents the oneness of mind and body achieved through training, and thus it represents the essence of martial arts. Stemming from Buddhism, the goal of spiritual life is Ilyo, oneness or nirvana. Only in this state is ego overcome. The ideal of taekwondo is Ilyo. It is a discipline in which you concentrate your attention on every movement and in doing so, shed all worldly thoughts and preconceptions. 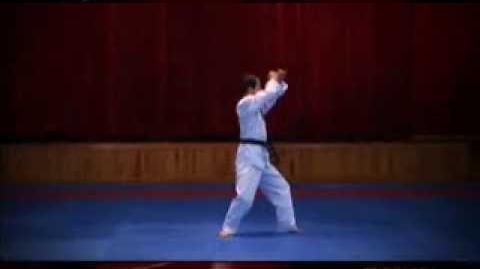 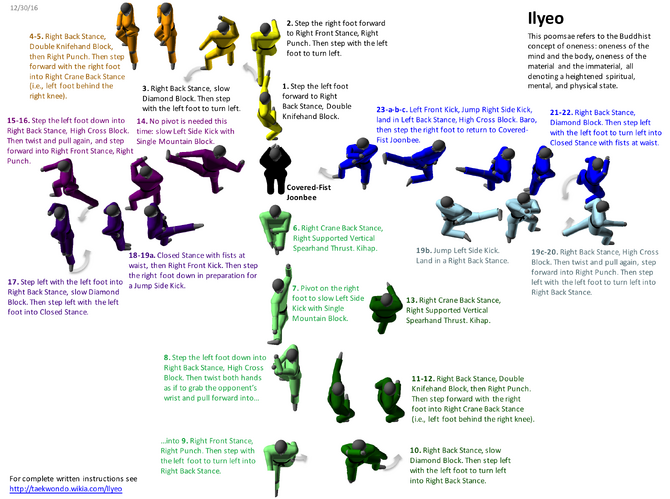 The Top of the Cross[]

The Bottom of the Cross[]

The Left Side of the Cross[]

The Right Side of the Cross[]