금강 (geumgang), which means diamond, symbolises hardness, or that which is too strong to be broken. This form refers to the mountain called 금강산 (Keumgangsan), which is considered the centre of Korean national spirit, and is a symbol of immovability and the immutability. Just as a diamond exhibits hardness, and beauty through clarity, this form must express the spiritual strength necessary to cut through all distractions presented by life. 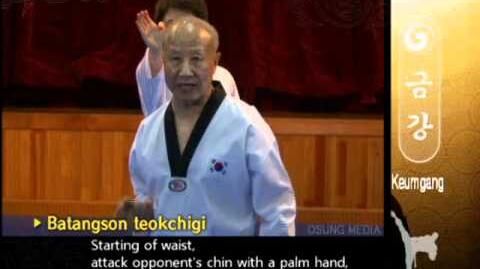 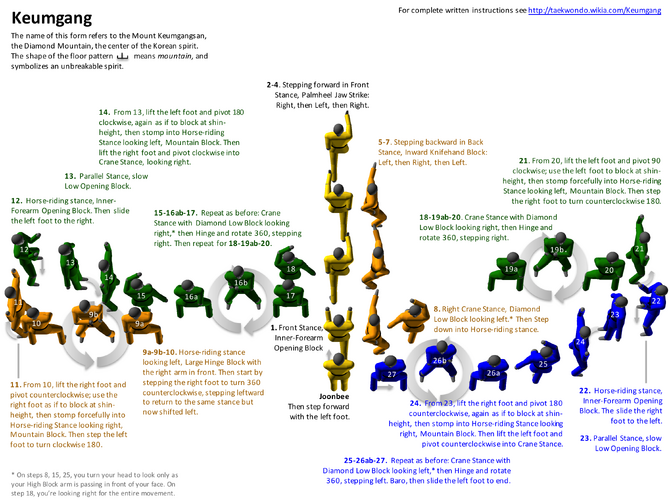 Going left again, back to the starting point...[]

Community content is available under CC-BY-SA unless otherwise noted.