Also, the diagram below shows Low Blocks being used at steps 1, 3, 5, etc. Some schools replace all of those Low Blocks with High Blocks.

What all of these variations have in common is the I-shape pattern and the emphasis on techniques that "aim high" (High Blocks and High Punches) to varying degrees. 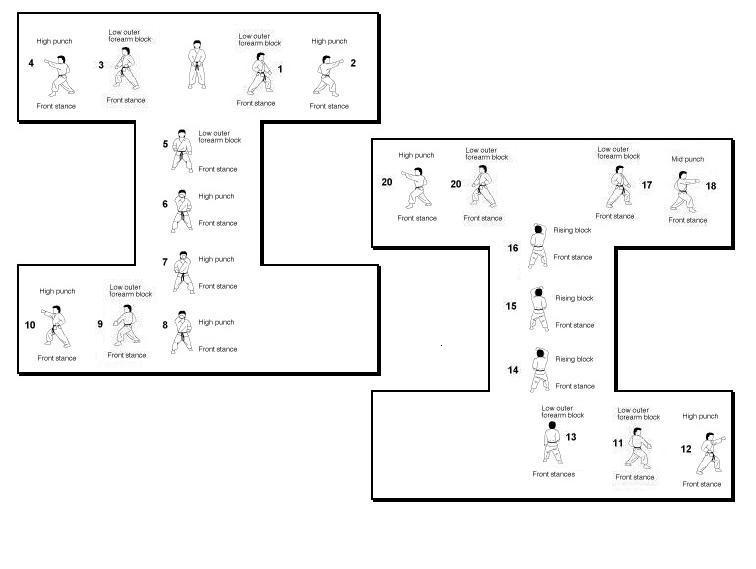 The Sae Kye forms are basic variations of the Kicho Hyeong that simply incorporate more kicking, but are otherwise nearly identical. In the case of Hyeong Ee Bu:

Retrieved from "https://taekwondo.fandom.com/wiki/Kicho_Hyeong_Ee_Bu?oldid=13003"
Community content is available under CC-BY-SA unless otherwise noted.