The name Kūsankū or Kōsōkun (公相君) is used in Okinawan systems of karate, and refers to a person by the name of Kūsankū, a Chinese diplomat from Fukien who is believed to have traveled to Okinawa to teach his system of fighting. In Japanese systems of karate, the kata has been known as Kankū (translated as gazing heavenward, viewing the sky, or contemplating the sky) ever since it was renamed in the 1930s by Funakoshi Gichin. This kata is also practiced in Tang Soo Do and Traditional Taekwondo.

Due to its difficulty, this kata is often reserved for advanced students. One of its distinguishing features is the jump, which incorporates two kicks. The symbol for this kata is said to be an eagle. 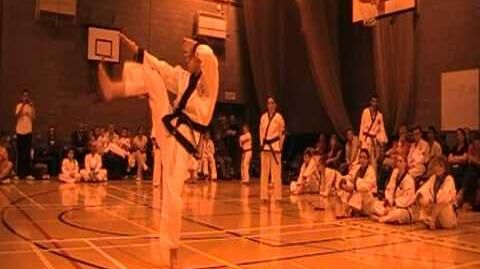 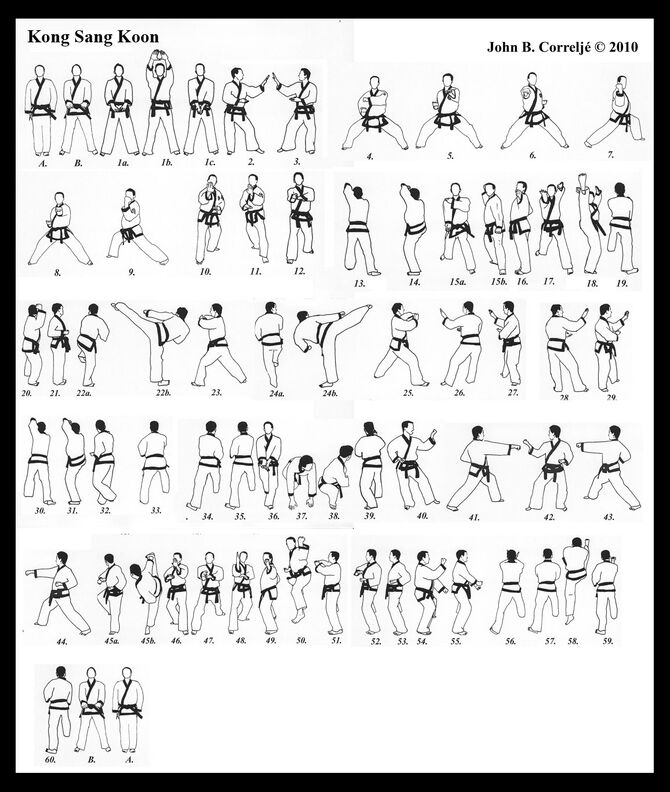 Retrieved from "https://taekwondo.fandom.com/wiki/Kong-Sang-Koon?oldid=13008"
Community content is available under CC-BY-SA unless otherwise noted.