The Low Block (also called a Downward Block, Hansonal arae makgi 아래 막기, or Outer Forearm Low Block) is one of the most basic taekwondo blocks. The idea of this block is that it is blocking incoming low kicks. 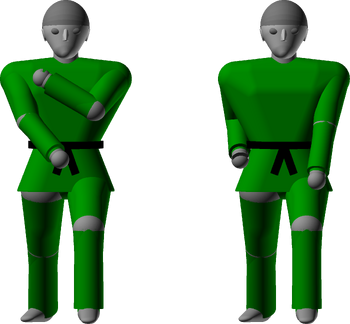 The blocking arm and the off-arm should finish their movements at the same time. If you find your blocking arm doesn't have enough "snap" sometimes it's helpful to focus on the off-arm instead; pulling it back faster can instinctively help you get more snap in the blocking arm.

As with Kukkiwon/WTF-style (above), the blocking arm should be snapped downward, the fist rotated so that the palm (still in a fist) is facing downward at the conclusion of the block. The non-blocking arm, i.e., the off-arm, is simultaneously pulled down to the side at the waist, so that it finishes with the palm of the fist facing upward. 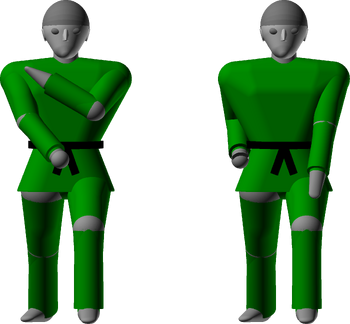 A Low Side Block is a Low Block that is performed to the side of the body. The head is usually turned in the direction of the block. The Low Side Block appears, for example, in the form Jitae. 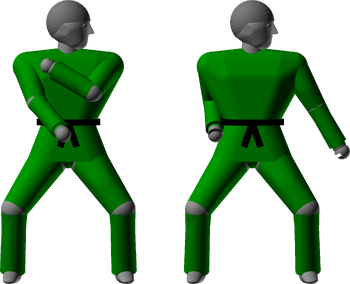