The Inside Middle Block (also called an Inward Block, Middle Block, or momtong makgi) starts at the side of the body and moves to the center. The idea of this block is that (for example) if an attacker were aiming to punch you in the chest, this block would deflect the punch away from your chest. A similar block is the ITF-style Front Block. 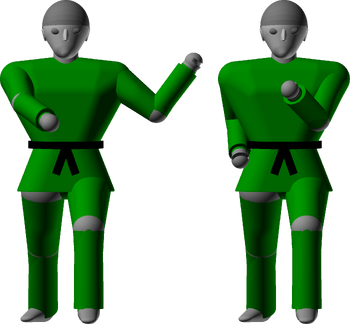 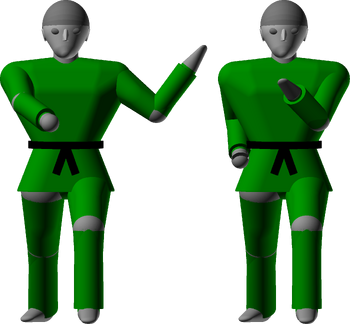 In an Inner Forearm Side Block, the blocking arm is chambered low to the side, then brought upward in an arc somewhat like the Middle Block, but stopping at the line of the arm's shoulder, rather than preceding all the way to the centerline of the body. This block appears, for example, in the form Hwa-Rang.