O Sip Sa Bo (Gojūshiho 五十四歩 lit. 54 steps) is a kata practiced in karate. In some styles of karate, there are two versions of this kata - Gojūshiho Shō and Gojūshiho Dai. An advantage of the two versions of the kata is to better master the difficult techniques presented therein, but not without facing some confusion, for many sequences are the same and others only slightly different. The embusen of both Gojūshiho Shō and Gojūshiho Dai are nearly identical. Gojūshiho Shō begins straight off with a wide variety of advanced techniques and, as such, is highly recommended for study. Gojūshiho Dai consists of many advanced open-handed techniques and attacks to the collar-bone.

Gojūshiho Shō and Gojūshiho Dai are two versions in Shotokan of the same, single Shōrin-ryū kata called Useishi (54) or Gojūshiho. Originally, the names were reversed so that Dai was called Shō, and Shō was called Dai. The name change seems to have happened sometime in the 1960s or 1970s when a high-ranking JKA instructor announced 'Gojūshiho Dai' and then performed Gojūshiho Shō at the All-Japan Karate Championships. Due to his high rank, nobody dared question him about this hence why all Shotokan Karate Schools who Originate from the JKA use the reversed names. Within the Shotokan Karate-dō International Federation of Kanazawa Hirokazu, the "Dai" and "Shō" forms are kept to their original names to coincide with 'Dai' meaning 'Major' and 'Sho' meaning Minor. This was also because master Kanazawa is a higher ranked instructor and refuses to change the original names. This kata is also practiced in Tang Soo Do and is called O Sip Sa Bo in Korean. Due to its difficulty, this kata is often reserved for advanced students, usually for those who are 6th degree black belts and above. 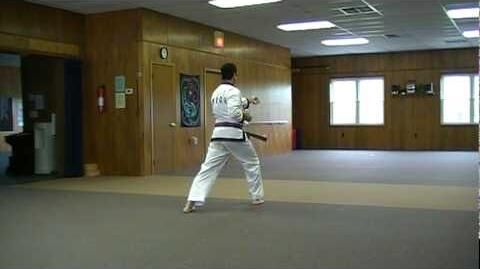 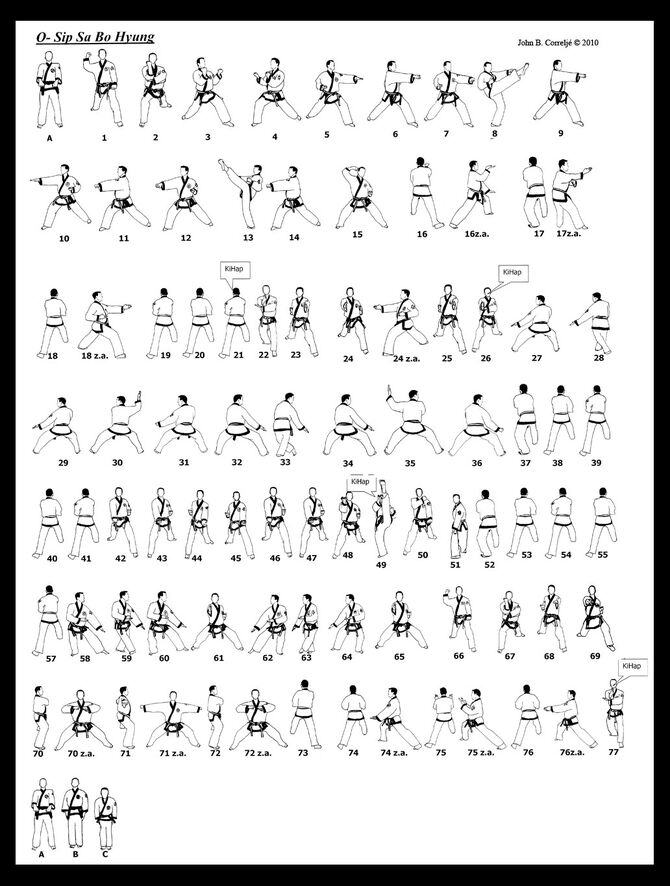 Retrieved from "https://taekwondo.fandom.com/wiki/O_Sip_Sa_Bo?oldid=13026"
Community content is available under CC-BY-SA unless otherwise noted.