Original Koryo (also called Old Koryo) was one of the original Yudanja series of Black Belt forms, developed between 1965 and 1967 as part of the unification of the Nine Kwans to form modern taekwondo. This form was replaced by the modern Koryo form in 1972 and is rarely practiced nowadays. The reason commonly cited for the replacement of Original Koryo was that it was deemed to be too simplistic as compared to modern Koryo. 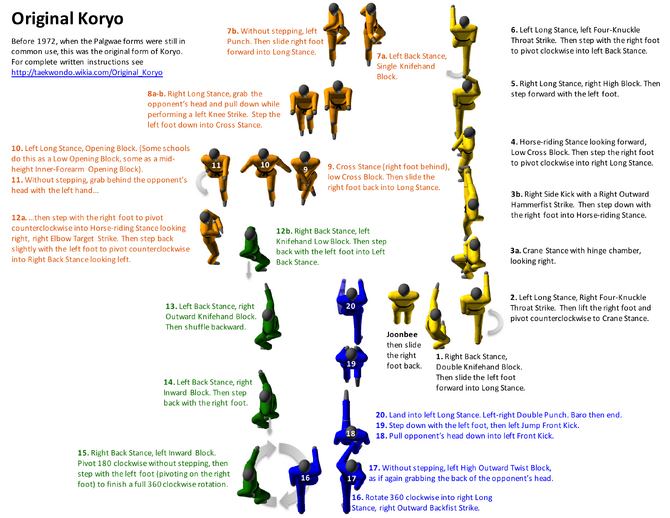 This form is esentially performed on a single line, first moving forward, then back, then forward again.

Going Back (the Na direction)[]