The Protocol of Accord is an agreement between the World Taekwondo (WT, formerly WTF) and one of the three International Taekwon-do Federations (ITF, specifically the Austria-based ITF lead by Chang Ung). The primary effect of the agreement is to allow WT and ITF athletes to more easily compete in each other's tournaments, and to make it practical for ITF athletes to compete at the Olympic level. 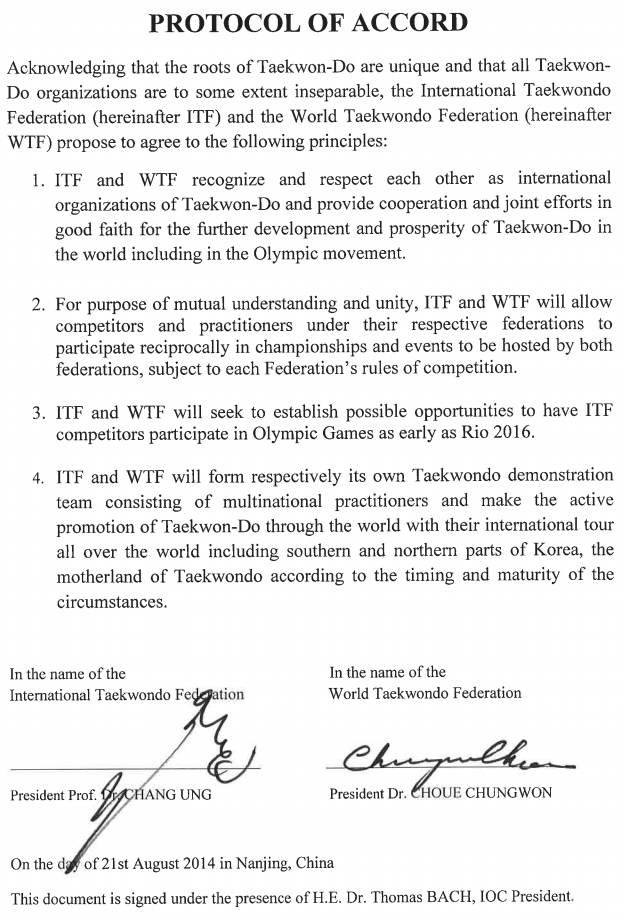 Retrieved from "https://taekwondo.fandom.com/wiki/Protocol_of_Accord?oldid=18012"
Community content is available under CC-BY-SA unless otherwise noted.