평원 (pyeong-won) refers to a vast plain. The unbroken expanse of a plain bestows a sense of majesty upon mankind while presenting an impression different from that which one receives when viewing tall mountains or endless forests. This form must express the majestic but friendly spirit of a vast plain. 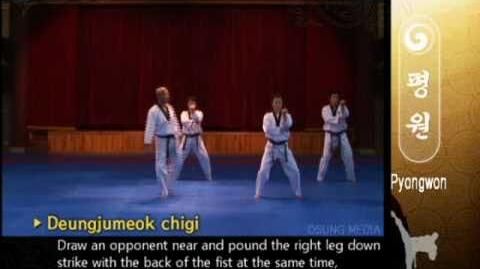 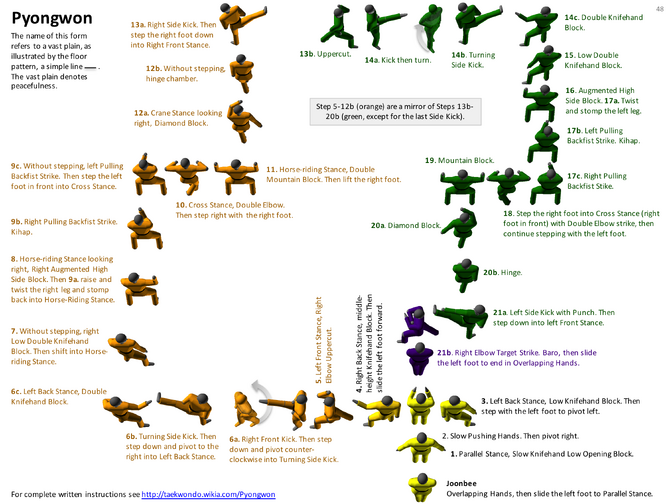 This form is done all along one long line.