The version shown here is just one version; the reader should recognize that there will be variations among schools. The Pyung Ahn forms (also called Pyong An, Pinan, or Heian) originated in Okinawa. They were adapted by Anko Itosu from older Karate kata such as Kusanku and Channan into forms suitable for teaching karate to young students. When Gichin Funakoshi brought karate to Japan, he renamed the kata to Heian, which is translated as "peaceful and calm". 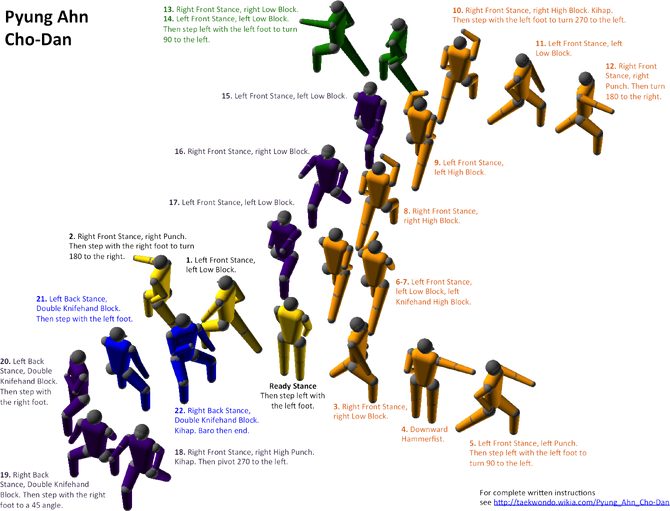 Retrieved from "https://taekwondo.fandom.com/wiki/Pyung_Ahn_Cho-Dan?oldid=13033"
Community content is available under CC-BY-SA unless otherwise noted.