The are many types of Ready Stance. When the term is used alone however (without any additional modifiers) it generally refers to the following:

Ready Stance (also called joon-bee or junbi stance; or in ITF-style taekwondo Parallel Ready Stance) is the most common ready position use in taekwondo training.

Parallel Stance is performed by standing with the feet one shoulder length apart, measured from the outside edge of the feet. Typically the arms are held loosely to the side with the fists about one one fist-length away from the body. 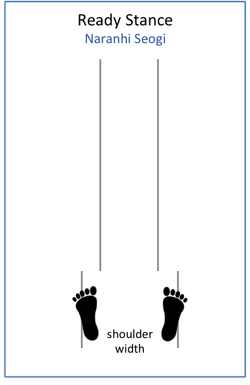 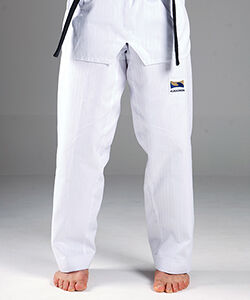 Similar to the Parallel Stance, in a Ready stance, the arms are slightly bent with loosely held fists about one fist-size apart just below the navel. Muscles are relaxed to promote movement speed from this position. This stance and its variants are most often used at the start of poomsae (forms). 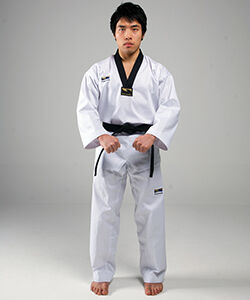 At the outset of most poomsae (forms) one starts from the Attention Stance and from there transitions first into the Ready Stance. Different schools use different transitions to get to the Ready Stance. In Kukkiwon/WTF Taekwondo, step left with the left foot while simultaneously bringing your open hands from your sides to your front, now down by your navel, palms facing each other. Raise the open hands to the sternum, then close them into fists, and lower them back down to the navel. All of that should be done slowly to a silent eight count. The premise of the transition is that your open hands are lifting your body's energy from the center at your navel up to your chest, in preparation for the upcoming poomsae.