십진 (shipjin) is the Chinese character for 10, and refers to the ten essences of longevity: the sun, the moon, water, stone, mountains, pine trees, the herb of eternal youth, the tortoise, the deer, and the crane. This form expresses endless development and growth, but a highly orderly and predictable growth that fosters stability. Therefore, each movement of this form must follow an orderly and systematic progression. 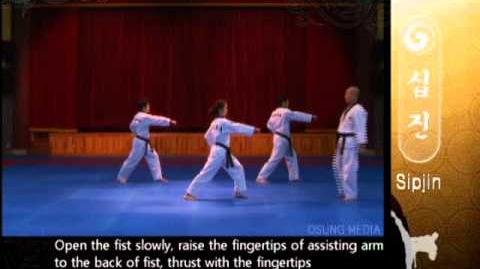 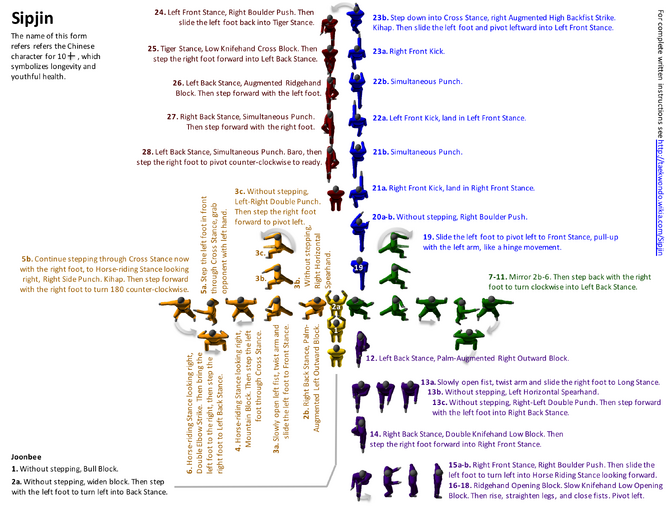 The movements in this poomsae for a + sign. You start in the middle of the +, which makes this fairly unique among the WTF-style forms.