Tae Kuk Kwan is a form sometimes used in Traditional Taekwondo. It is originally from Kung Fu but is also used in T'ai Chi. This form is also known as the Yang Long Form or the 88 Postures Form. Though shown as 88 steps below, it is sometimes written as having 103 steps; then it may be referred to as The 103-Step Yang-Family Tai-Chi Chuan. The Chinese forms So Rim Jang Kwon and Tae Kuk Kwan forms were introduced to Traditional Taekwondo by Hwang Kee. See also Wikipedia. 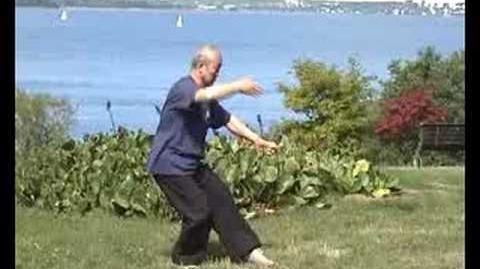