태백 (Taebaek), meaning “bright mountain”, is the name of a mountain in Korean mythology, from where the legendary founder of Korea, 단군 왕검 (Dan-gun Wanggeom), is thought to have ruled the nation. Numerous places are known as 태백 (Taebaek), one of which is 백두산 (Baekdusan), an iconic mountain on the Korean peninsula. This form venerates this most sacred of mountains. Since this mountain reaches to the sun, Taebaek can be defined as “light” and must be performed with the agility of light. 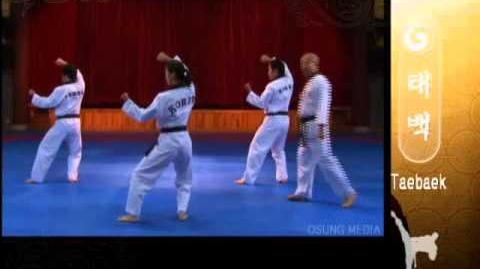 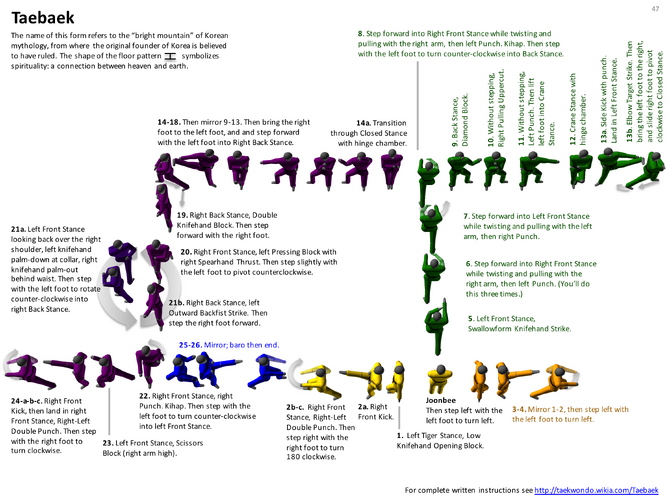 TRANSITION TO THE SECOND LINE[]

BACK TO THE FIRST LINE[]