This article in other languages: Español

Taegeuk Il Jang is the first of eight "taegeuk" forms (i.e., poomsae) used by the Kukkiwon and World Taekwondo (WT). The word "Il" is the number 1 in the sino-Korean numbering system (as opposed to the traditional Korean numbering system, where hana is 1); "jang" translates as chapter, so literally the name of this form is "chapter 1 of the taegeuk."

Each taegeuk form is represented by a trigram (such as ☰); trigrams are divination symbols derived from the I Ching. The trigram for Taegeuk Il Jang is three solid lines. This symbol represents the concept of "Keon." Keon means "the heavens" or "the sky." Keon symbolizes the beginning of the creation of all things in the universe, so Taegeuk Il Jang symbolizes the beginning in the training of Taekwondo. (See the article Taegeuk for additional detail regarding the symbolism of this form.)

This poomsae is characterized by its simplicity. Most of the stances are simply Walking Stances. The Front Stance (aka Long Stance) is also introduced however, to teach the student how to shift from one stance to the next. The techniques seen in this form are basic techniques such as low blocks (aka downward blocks, or arae-makki), middle blocks (aka inward or inside blocks, or wmomtong-makki), middle punch (momtong-jireugi), and front snap kicks (aka front kick, or ap-chagi). All of the turns are simple 90 degree or 180 degree turns (none of the more difficult 270 turns that you see in later forms). Normally 8th Gup grade trainees practice this poomsae. 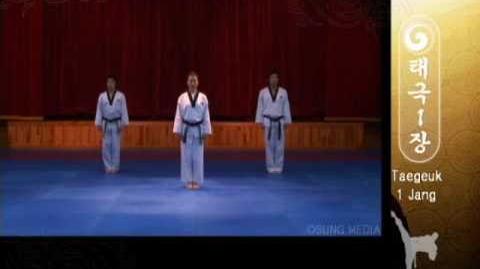 The following video is a step-by-step demonstration of Taegeuk Il Jang, with notes. 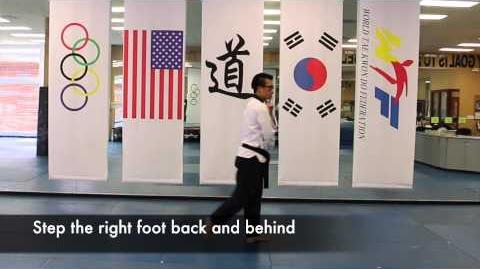 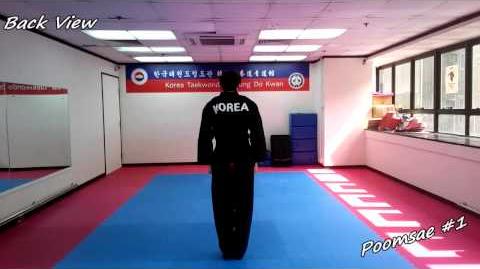 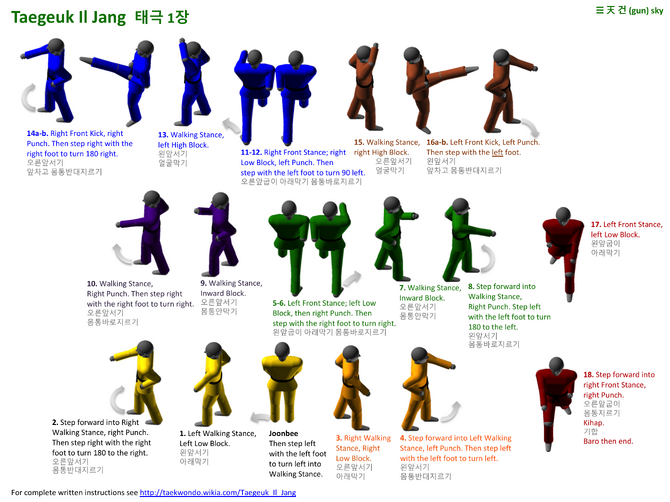 RETURN TO THE FIRST LINE[]

For people who like to make their poomsae "perfect", Taegeuk Il Jang sometimes presents a special challenge. In principle each poomsae should finish on the same spot that it started. This can be tricky to accomplish in Taegeuk Il Jang however since the turns in this form accumulate to create an error in position.

In other words, when performing a Walking Stance, your feet should not be spread very much to the sides at all, and even a few inches mistake on this will accumulate through all the turns in this poomsae to result in a substantial error. 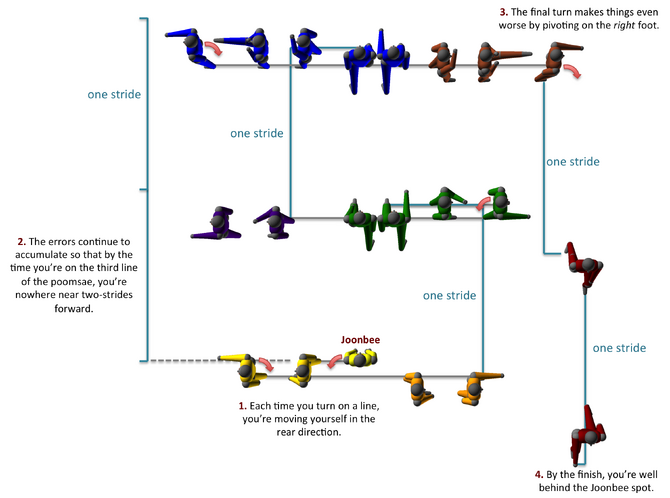 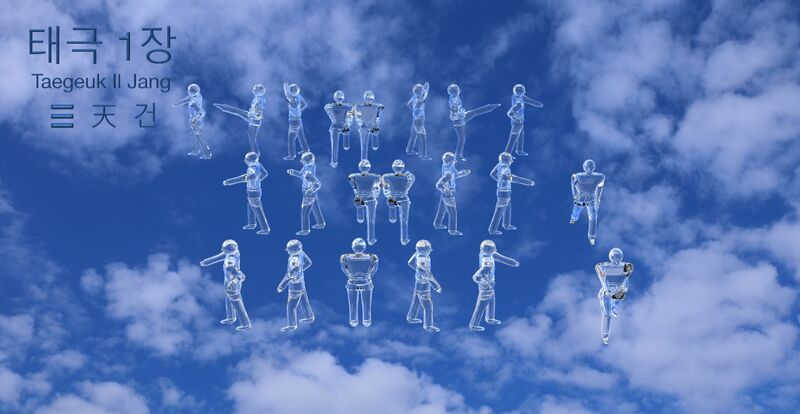 Other Forms in the Taegeuk Series[]