Taegeuk Pal Jang is the last of eight "taegeuk" forms (i.e., poomsae) used by the Kukkiwon and World Taekwondo (WT). The word "pal" is the number 8 in the sino-Korean numbering system.

Each taegeuk form is represented by a trigram (such as ☷); trigrams are divination symbols derived from the I Ching. The trigram for Taegeuk Sam Jang represents the concept of "Gon," meaning earth or ground. Just as the earth holds all the basic elements of life, this form incorporates all the basic techniques of taekwondo. Just as the earth is the foundation for everything else, this form serves as the foundation for learning the upcoming Black Belt forms. (See the article Taegeuk for additional detail regarding the symbolism of this form.)

The following video is a step-by-step demonstration of Taegeuk Pal Jang, with notes. 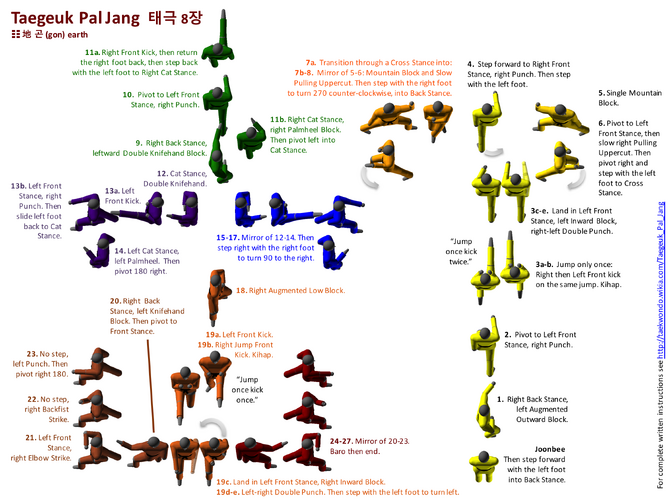 New movements in this form: Augmented Outward Block (at Step 1), Mountain Block (at step 5), Jump Front Kick (at step 3a).

BEGIN BY MOVING FORWARD TO THE THIRD LINEEdit 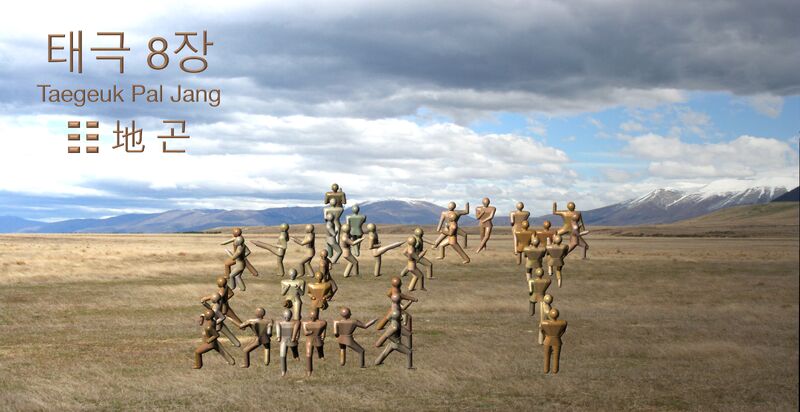 Retrieved from "https://taekwondo.fandom.com/wiki/Taegeuk_Pal_Jang?oldid=18808"
Community content is available under CC-BY-SA unless otherwise noted.