Both knees are bent. In the ITF version of this stance, the front foot is more forward, about one shoulder width. 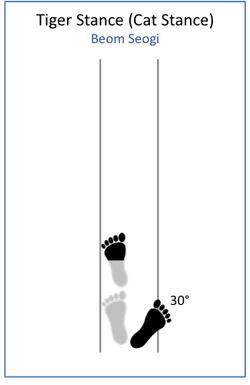 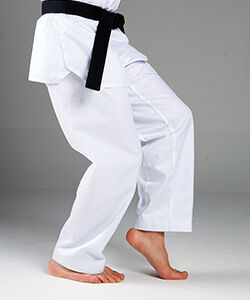 Retrieved from "https://taekwondo.fandom.com/wiki/Tiger_Stance?oldid=19133"
Community content is available under CC-BY-SA unless otherwise noted.