The phrase Yook Ro (or Yuk Ro) means "six-fold path" (or roads). The six Yook Ro taekwondo forms were derived from the Muye Dobo Tongji, an ancient Korean combat text, by Hwang Kee. (See reference.) The text itself does not completely describe these forms; rather, Kee expanded upon the information in the text to create each of these traditional taekwondo forms. 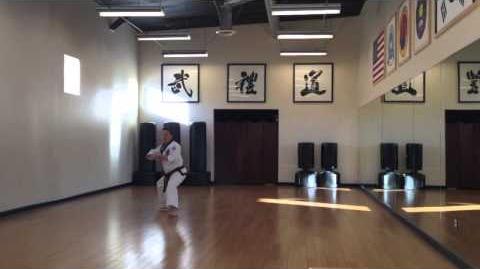